This article was first published in Finansavisen Motor.

Car test: FT tempts to get on board. The plane is on its way to Salzburg where it awaits Volkswagen’s newest electric car, but the newspaper says the Volkswagen Group has sold out electric cars in Europe and the US this year – a solid dip for anyone who wants a new electric car.

Getting this message is like standing in a long, slow queue at the store. The sun is burning outside. The children are waiting. You have an arguing look at the ice counter and in slow motion you see the two-pronged lady in front of her catching the last sticks of ice from the perpetual freezer. The whole sale sign is pushed over the counter to make a big impact. There will be no children licking ice. just howl. Adults are howling because of electric car queues and frustration. 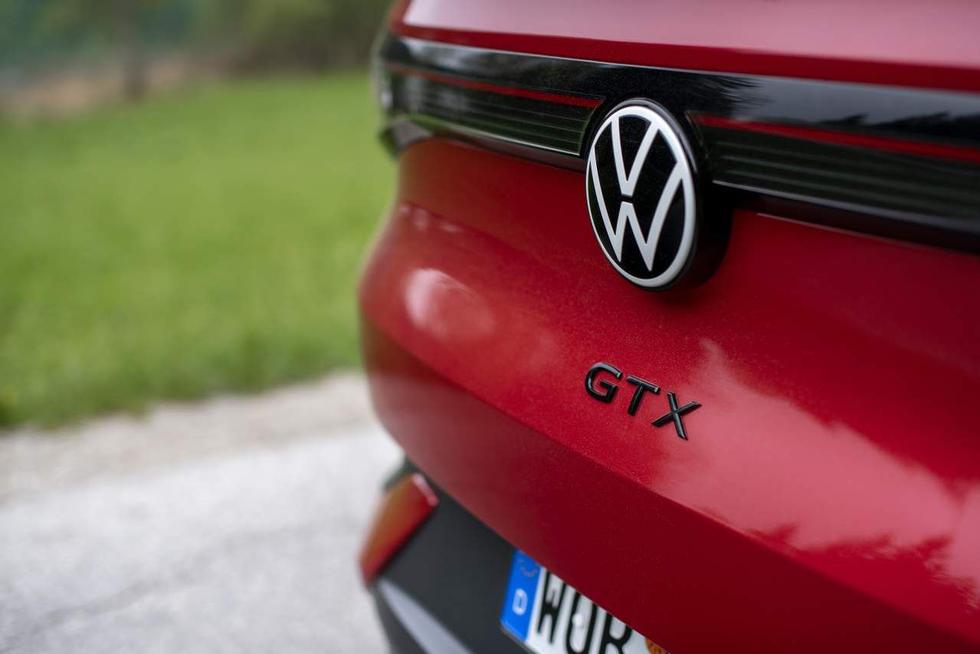 TOP MODEL: This is a VW ID.5 GTX with all-wheel drive and ID.5 Pro Performance brought to Norway. In addition, there is a less powerful version sold in Europe. Photo: Håkon Sæbø / Finansavisen

What will the child be called?

The fact that car manufacturers make an almost identical copy of the passenger compartment from the already existing SUV version is not new. The most famous are Audi with its Q4 Sportback e-tron, and Skoda with its Enyaq Coupé.

So it’s no surprise that VW launched its version of the well-known ID.4 family electric car, but unlike the group’s siblings, VW chose to abandon the strategy of giving the passenger compartment version the same first name. Volkswagen ID.5 is the name of the car, but it was easy to call the ID.4 Coupé, it should appear. 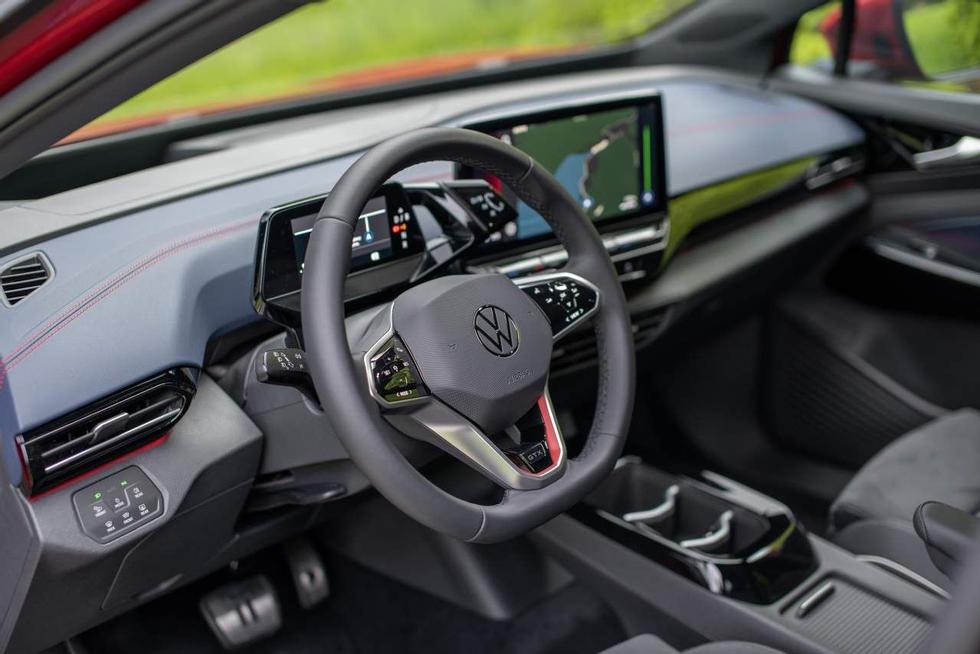 Plastic Stand: The VW ID.5 GTX has a lot of hard plastic on the inside and especially on the back. However, it is a pleasantly laminated interior. The colors might look a little weird, but they work when you’re in the car. Photo: Håkon Sæbø / Finansavisen

Two copies of ID.5 will be brought to Norway. The so-called Pro Performance gets rear-wheel drive, with 204 hp and 310 Nm, while the GTX version has two engines, all-wheel drive, 460 Nm and 299 hp. The latter is recognized for a limited time measured in seconds, and only with a semi-fully charged battery.

Pro Performance costs NOK 445,600 while the GTX version is NOK 493,000. The battery is the same on all models with a net capacity of 77 kWh. According to VW, that should be enough to drive the cheap version’s 520 kilometers when fully charged, while the ID.5 GTX is available with larger wheels as standard and a slightly shorter range. She rolls 490 kilometers, if all conditions are right for her.

These range numbers are all based on the WLTP standard, not to be confused with the range you actually get in Norway when the cold bites and you have a bad time.

Interestingly, ID.5 currently has better fast charging than ID.4. The power has been increased to a usable 135 kW, which means you can charge the car even faster. or not.

Here too, the battery temperature has to be perfect for the numbers VW indicates to be correct for you. So 135 kW should be considered maximum power at best, not necessarily what you see on a charging pole in winter. 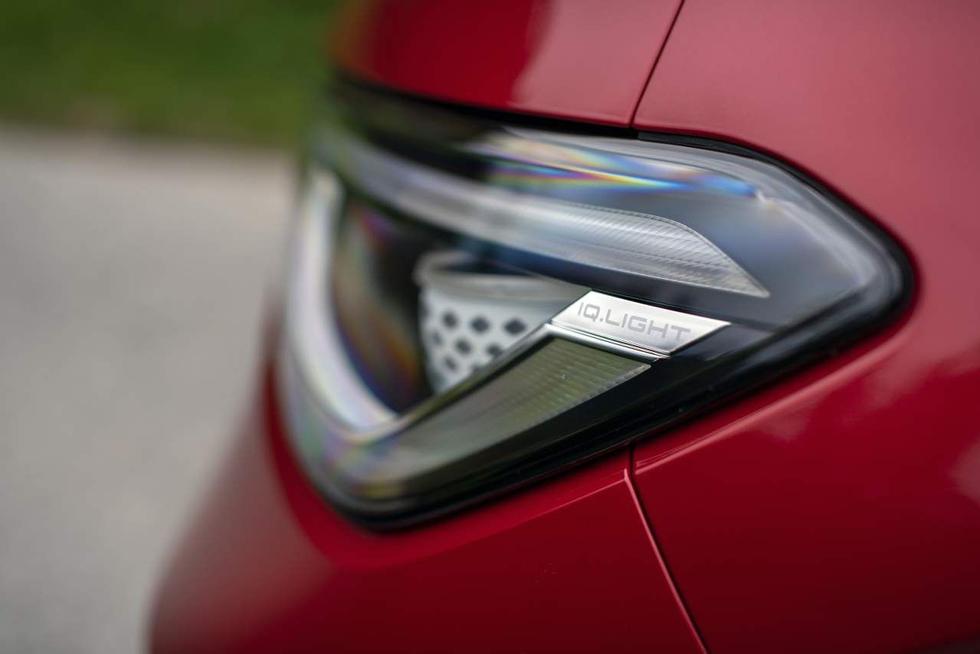 Behind the wheel of a VW ID.5 GTX, it’s easy to find your way around. The caveat is that you don’t look too closely at the bottom parts of the inside, which are made of cheap plastic. There is also an imminent danger that the buttons for operating windows will be annoying – because there are four windows, but not four. Understand who can.

Sports seats in the top model are standard equipment, but if you need to adjust them electrically, they obviously cost more. The prettiest Matrix LEDs are also standard on the GTX version, which contributes to it being the smartest purchase.

The Norwegian importer has already understood this, and it is estimated that 80 percent of Norwegian customers go to buy a GTX.

0 to 100 is eliminated in a quick 6.3 seconds, but there are other electric cars in the same price range that are much faster. Whether you really need more acceleration and power than what the ID.5 GTX offers is uncertain. In the elegant valley area around Salzburg, the car is powerful enough, and has a comfortable drive you might like. The engine at the front is only used when you really need it, which will increase the car’s efficiency according to VW. 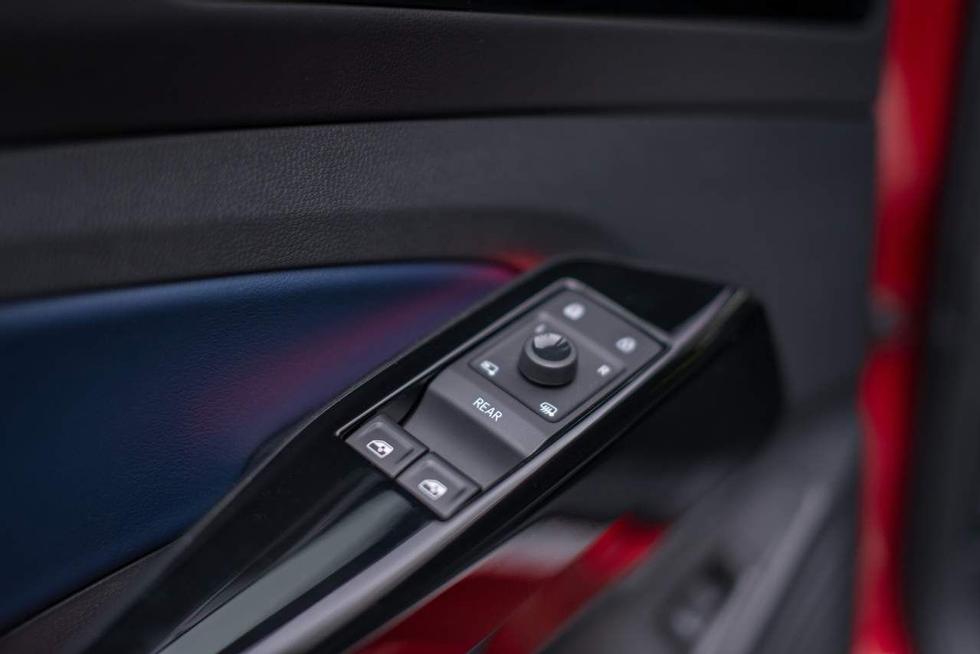 A curious German engineer willingly explains the chassis of the car.

The test car was equipped with Volkswagen’s so-called Dynamic Chassis Control (DCC), an adaptive chassis in which the dampers are self-regulating, but which the driver can adjust in several steps.

The engineer’s question was answered with some thoughts on the amazing similarities between the ID.4 GTX and the ID.5 GTX.

– That’s exactly what we want, cried the slightly excited engineer.

He points out that cars should appear as they are when you get behind the wheel, but that shape and range separate them. In a way, this makes sense. 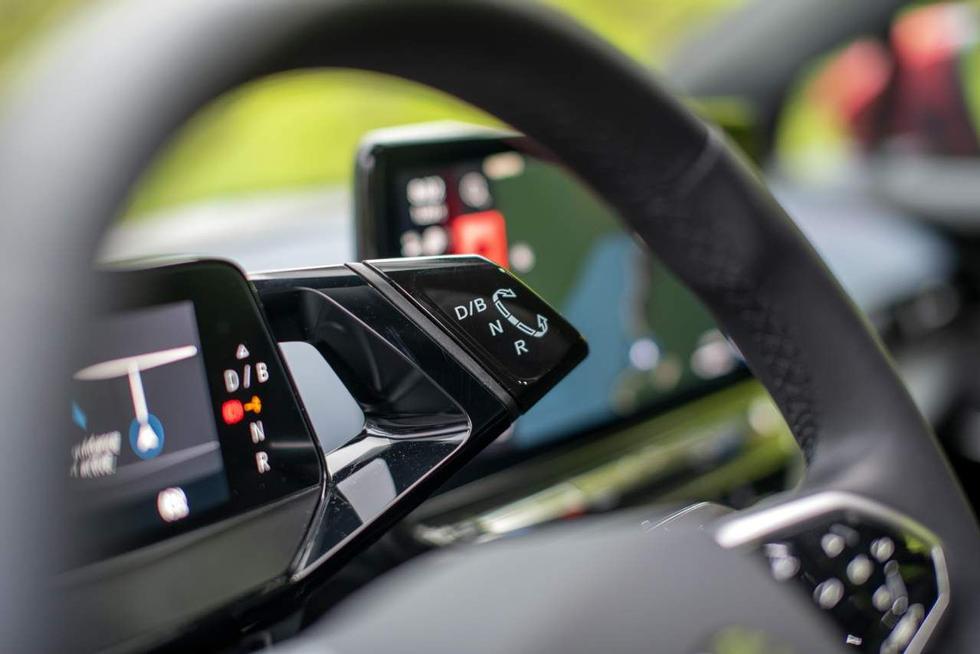 New software: One of the new features in VW ID.5 is the so-called 3.1 generation software. Now future updates will be done wirelessly, the route planner and navigation have been improved and the car will help you to park. Photo: Håkon Sæbø / Finansavisen

The comfort you want

The ID.5 GTX weighs a few kilograms more than the ID.4 GTX, but it’s still close to 2.2 tons. The adaptive chassis does an honest job of keeping a lot of the weight in place, but this isn’t a very exciting driving experience.

The Volkswagen Group, on the other hand, realized that not everyone wanted a solid chassis that vibrated around poor back-seat passengers, as some other automakers opted for the design.

With 21-inch rims that look decidedly wearable, there’s some road noise in the ID.5, but that’s to be expected in a car for half a million dollars. However, what really sets you apart is the comfort you get from the chassis when you enjoy your time behind the wheel. The car handles uneven roads with dignity, and is tested as a comfortable place for you. The driver can also be pleased that the steering is accurate and correctly distributed for a car of this type.

VW also boasts new software (3.1), which will be able to park the car for you, has a smarter internet-based navigation system and the ability to share data between other VWs on the road.

What VW unfortunately can’t boast of, is an infotainment system that’s close to being as fast as a Tesla Model Y. If you have half a million to spend on a car, there’s a good chance you’ve also turned off Doro using the phone instead an iPhone or something Like from the latest date. Then the VW ID.5’s infotainment system will appear a little at its slowest. 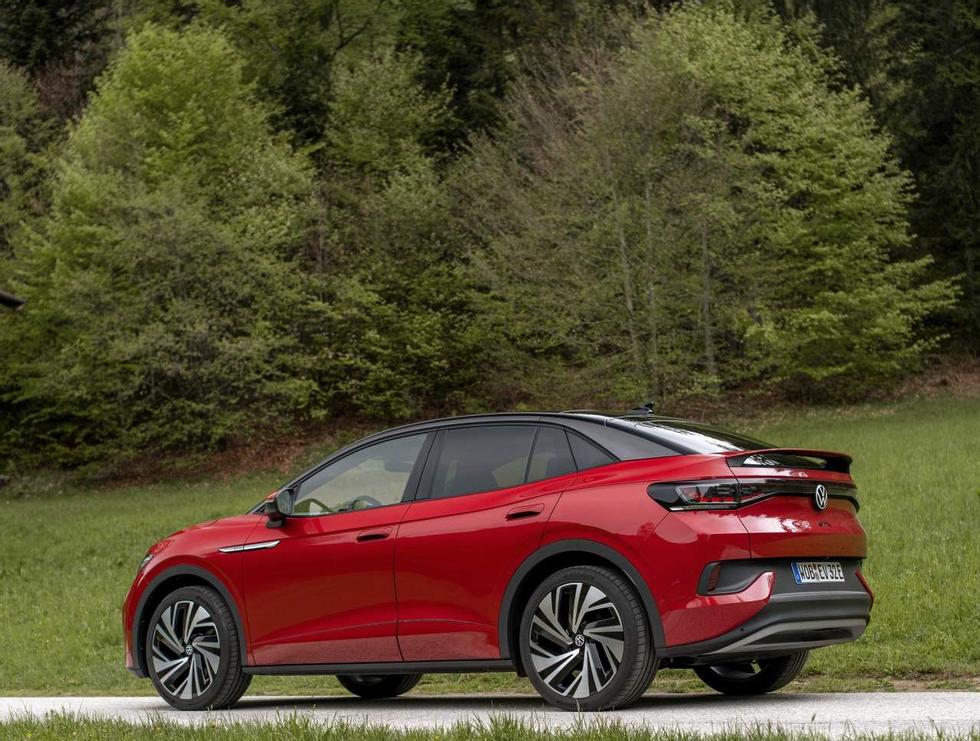 NOK FAST: Some electric cars are extremely fast. The VW ID.5 GTX charges from 0 to 100 in 6.3 seconds, which actually seems fine in a car like this. Range is 490 kilometers, but bounces up to 520 kilometers if you choose the model with just one engine. picture: Photo: Håkon Sæbø / Finansavisen

If you can ignore the mentioned shortcomings, and settle on the 1,200kg trailer weight (which is 1,400kg for the rest of Europe, oddly enough), there’s a lot to like about the new VW ID. The space in the back seat is more than acceptable, even for well-rounded adults.

Another argument against this car is that you can’t mount anything on the roof, something we Norwegians would like, but maybe that’s fine too? 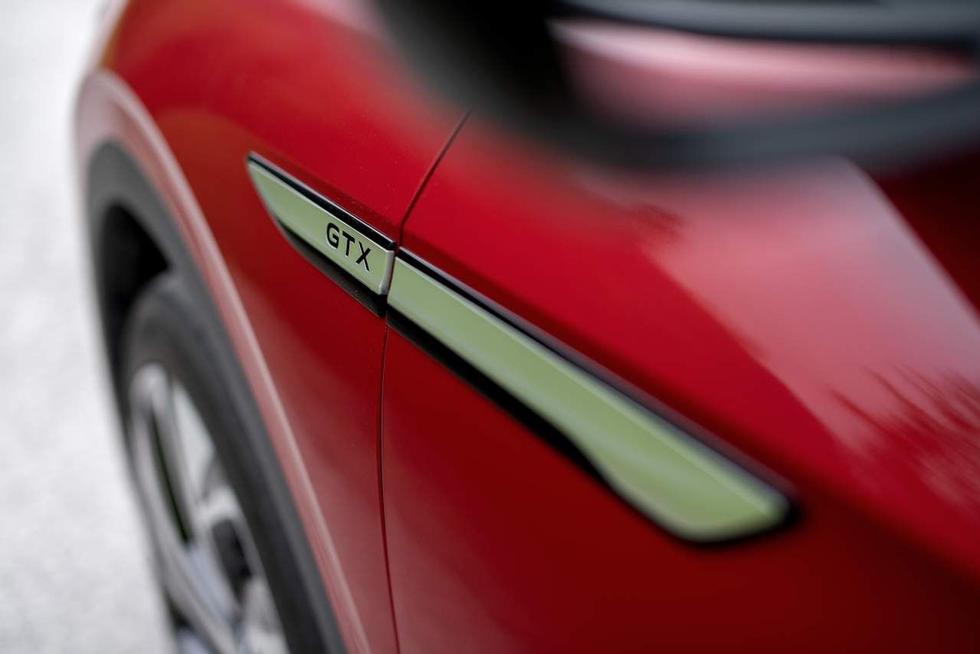 Above: GTX stands for four-wheel drive and two engines, but that also means you’ve bought the model with the most engine power. The net battery of 77 kWh is the same on both ID.5 models. Photo: Håkon Sæbø / Finansavisen

Although Volkswagen chief Herbert Diess and the Financial Times have reported selling the cars, according to the Norwegian importer, there are still glimmers of hope for delivery this year.

Admittedly, it is possible to obtain ID.5 during the second half of the current year, provided that it is not loaded with accessories containing electronics.

If you go for a more equipped car, delivery will be delayed until the beginning of 2023, but maybe it’s easier to walk away from the ID.5, and instead go for the NOK 17,900 cheaper ID.4 GTX? If you do, you can have 75 kilos on the surface and look almost elegant.

There is no luggage compartment in the front

Design: IThe D.5 is very similar to the ID.4, but from the back it has the most typical cabin shape. Many may like it.

Driver environment: The seat of the GTX is excellent and can be easily adjusted. The infotainment system could have been better.

Driving characteristics: The VW ID.5 GTX is a heavy vehicle, but it carries its weight with dignity. However, it is not terribly exciting.

Services: The car is smart and in no way feels underpowered, but many competitors are faster.

place: The space is good. You sit well front and back, and the luggage compartment consumes almost 550 liters.

Value for your money: The starting price of the GTX might seem a bit steep, but the hardware you get makes it the best option.

result: 7/10 This is an attractive package that many Norwegians can enjoy, but the buttons and infotainment aren’t perfect.