“During the day, the NFO will contact NHO Luftfart where we will present a diagram of a solution based on the fact that we are significantly reducing our wage demands in exchange for retaining the union’s right to technicians in management positions and technicians to education,” NFO Regulatory Secretary Arne Pearson Norman writes in a press release.

The night before Sunday, the NHO shutdown went into effect, meaning that the NFO’s 450 aircraft technicians will not be allowed to come to work. Despite repeated conversations and attempts at mediation, it was not possible to find a solution.

Aircraft technicians began a strike on Saturday, June 18 after mediation was interrupted in overtime. The crux of the dispute was the aircraft technicians’ demand for an additional NOK 60 per hour, which corresponds to a 17 percent salary increase. The NHO thinks this is unrealistically high.

The two parties met for new mediation on Thursday and Friday of last week, but the mediation ended without results. Since then, there has been no contact between the two parties.

If the NFO is ready to resume negotiations in a constructive manner with realistic demands, then NHO Luftfart is ready to negotiate, says NHO Luftfart President Torbjørn Lothe in a press release Monday morning.

He says they have yet to receive any inquiries from the NFO, and therefore don’t know what the NFO sees as a solution to the conflict.

We haven’t heard from the NFO since they rejected the mediator’s proposal for dissolution on Friday. If we receive an inquiry from an NFO with a solution suggested, we will evaluate it. NHO Luftfart wants to find a solution to the strike that has affected air traffic across the country. We look positively at the NFO indicating they want a solution, Luth continues. 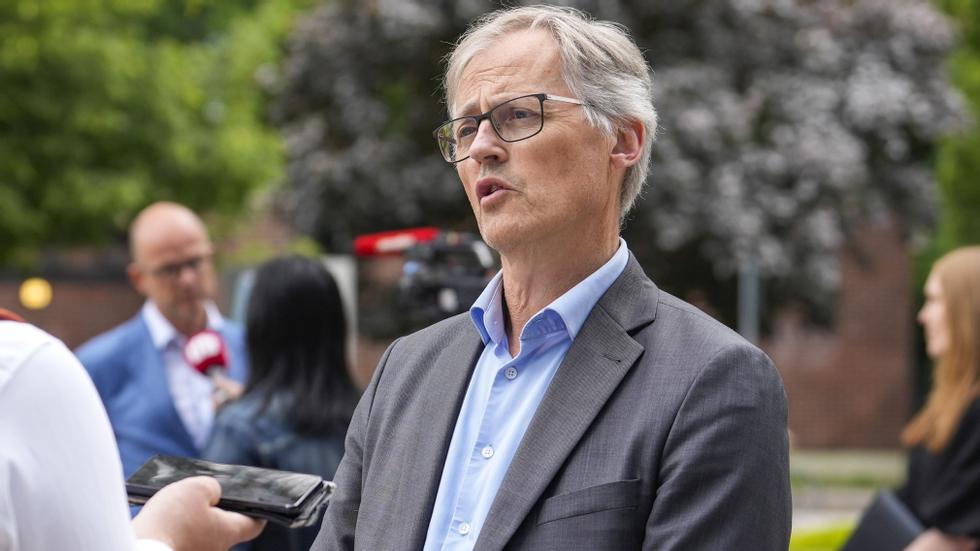 Ambulances are operating as usual

On Monday, all ambulances are departing as usual, and emergency preparations have not been affected by the shutdown, communications consultant Elaine Osbeck Lind with NTB Air Ambulance Service reported.

Ambulance planes were inspected a few hours before the lockdown went into effect, after which planes will now be checked every three days. The Air Ambulance Service wrote in a press release that without a technical examination, there will be talk of a short time before the fleet of ambulances is on the ground. They state that there is very limited technical capacity in the service.

Right now, with the conflict putting life and health at risk, the government can step in. The Labor Department will then end the labor dispute in a so-called compulsory wage board, where wage settlement is decided upon by a separate board.

The Department of Labor informed NTB Monday morning that it is following up on the conflict.

– In this regard, the necessary information is obtained from the Norwegian Health Council. It is common practice in a labor dispute like this one, the department wrote in an email.

A large number of flights have been canceled in the past week, and the situation is developing and escalating from hour to hour. Airlines have asked passengers to attend as normal unless they have been informed that the flight has been cancelled.

On Monday, more than 200 departures were canceled, according to VG.

Passengers affected by alternative transportation will be covered within reasonable limits. The company is also covering hotel expenses if passengers have to spend the night, Widerøe NTB Director of Communications Katharina Solly informed. The company’s customer service is in great demand, and Solli indicates information about passenger rights on the website.

– It tightened up over the weekend, and we called up all our extra guards. This affects the passengers and is what we think is sad and agonizing. We can only hope it ends soon so we can start thinking about summer vacation, she says.